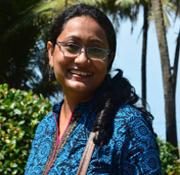 Tania finished her Post Graduate Diploma in Tourism & Travel Management from IMM Calcutta in the year 2000 and took up her first job in Travel. After a couple of years she shifted to the Finance Industry and worked for HDFC Bank and ABN-AMRO bank till 2004. She turned an entrepreneur in 2005 and dealt in HR Management Services with Corporate Accounts, under mainstream recruitment processes and outsourcing. She’s expanded her visions in several verticals since then and now she’s into much larger ventures related to Loans, Corporate affairs & Outsourcing. She loves travelling and she’s fond of documenting her experiences in the form of photographs and sharing it with the world. A charming personality, a hardworking individual who believes in achieving goals, based on passion and commitments. Tania, as an “Independent Consultant” at GBL will add value and life to the business.

Sign up today and never miss another deal again!